Howard Wexler will be our guest speaker at our May 2013 program. Wexler studied at the Corcoran Art School and the Abbott Academy of Art, had graduated from Pratt Institute in New York, served in the army in Europe, and was in Paris studying further at the Academie Andre Lhote and exhibiting his contemporary work. Wexler has worked with his longtime colleague Siegfried Hahn since 1961. Hahn and Wexler were teaching painting, drawing and watercolor to mostly U.S Air Force family members stationed in Evreux, Normandy, during the 1950s and 1960s (which is how RRAA member, Joe McDonnell came to be his student).
When French President Charles de Gaulle asked the Air Force to leave France in 1967, Hahn, a South African by birth, and Wexler, an American answered an invitation from a retired Air Force colonel and his wife to move to Albuquerque, where they set up their own art school that is now under Wexler's direction since Hahn’s passing in 2008.
Wexler continues to teach classes in drawing, watercolor and oil painting using the Maroger medium in their home's adjacent studio. The medium is a resin derived from the mastic tree. "I was in a transition between cubist-style abstract works and realism back then. I later became known for my flower paintings, but they almost took over all of my painting time so I branched out with landscape, figures and architectural subjects," Wexler said. His work has been exhibited widely in Europe and the USA over the past 6 decades.

Several of Wexler's students will also attend with some examples of their work as a result of Wexler's tutelage.
Below are some images that exemplify (oh, so briefly) Wexler's process: 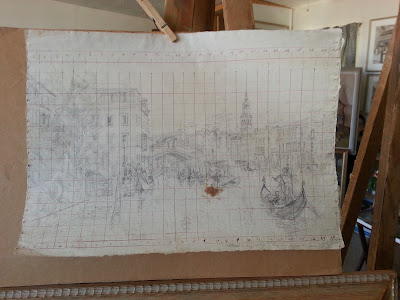 A sketch done on site 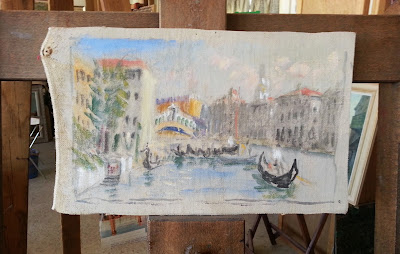 A studio version based on the on site sketch

The painting begins based on the previous sketches

Going through many phases, this one gets closer to completion

I will say, that after having visited Howard's studio with Joe McDonnell, the end result of Howard's technique is not something one sees today, but certainly is of the style of the Old Masters. Joe, having studied under Howard, is a perfect example of what can be attained by learning this technique called, Maroger, where the mastic resin is used as a 'blending and mixing' medium for the oil paint. 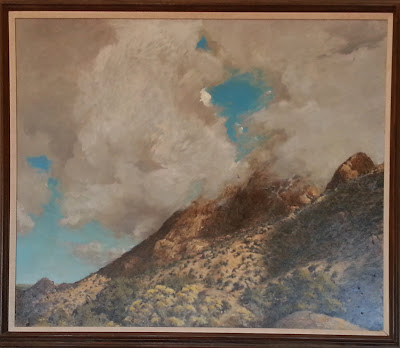 This program is open and free to the public-you need not be a member to attend! Find out more about the dates and location of upcoming RRAA meetings at our monthly membership meetings page. 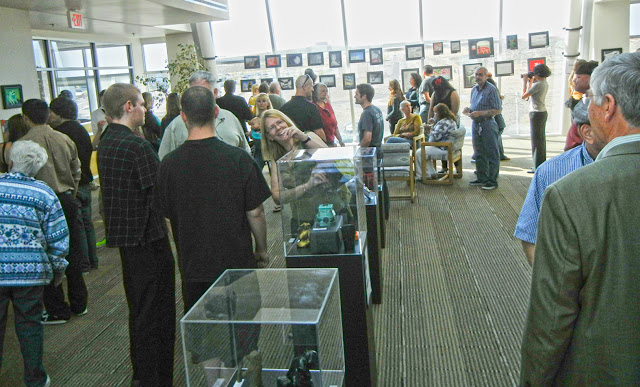 Artwork from seniors from Rio Rancho and Cleveland high schools and the Cyber Academy will be on exhibit as part of the show.

Please join them at the reception and award ceremony on Friday, April 26 from 5 p.m. to 7 p.m. on the third floor of City Hall. Refreshments will be served and the public is invited to attend, free of charge. At this reception at 6 p.m., Rio Rancho Mayor Tom Swisstack will present awards to the students featured in the exhibit.

Participation for this show was open to all students of the class of 2013 at Rio Rancho Public Schools’ high schools. The show will be judged by Rio Rancho and Cleveland high school art student alumni. The awards are sponsored by the Rio Rancho Art Association and the New Mexico Art Education Association.

The National Art Honor Society (NAHS) students will also be exhibiting their work at the same time, on the fourth floor of City Hall, as part of their membership requirement. The induction ceremony for these students will take place on April 26 as well, at approximately 6:30 p.m. (after the awards ceremony for the senior art show). Seniors who earn membership receive an honor cord that will be worn at graduation to distinguish them as an NAHS student. The NAHS is a local chapter of the national organization that recognizes excellence in achievement and community service in the arts by junior high and high school students. 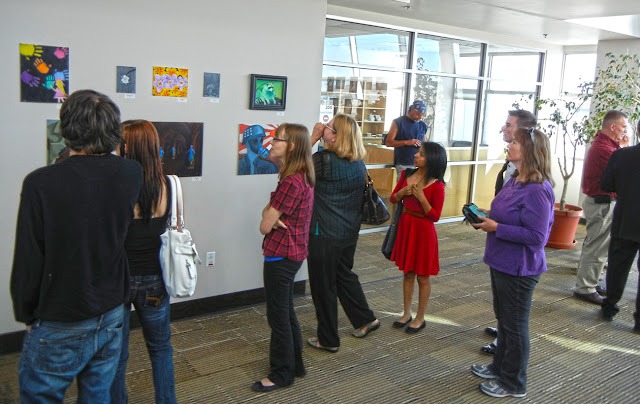