Photos taken by Gordon Vanus who lives in the East Mountains of the Albuquerque metro area. 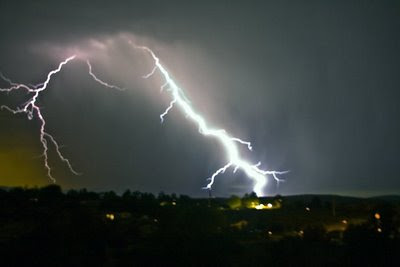 (Here's what Gordon wrote to me when he sent me these images) "Last Saturday night we had the biggest electrical storm in a couple of years. The good news is it was a ways off and I was able to stand out on the front porch and take some pictures. The bad news was it had been so long since I tried to photograph lighting I had forgotten how I had set up the camera before. Before the stormed passed I started to get the hang of it." 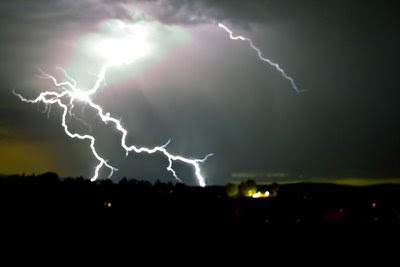 All I can say is that it is a heck of a lot better than I would've been able to muster! Thanks, Gordon!

Amazing shots Gordon! Anyone viewing these should treat themselves to a look at Gordon's website and see more of his great work: http://www.grvphoto.com/

You had the perfect seat to see the show, Gordon! Thanks for sharing it with all of us!! Mighty photos!!Thanks, Nina Baldwin