In Memory of Delma

June 3rd was the 2nd anniversary of Delma Petrullo's passing. When so much has happened since she left, it seems like it's been such a long time ago.
For many of us, her memory is still alive and well. There are some who are new enough to RRAA that they might not have ever known her. But, I do hope they realize that the legacy of RRAA's Founder is alive and well. And growing.
I was going through some image files of RRAA stuff and ran into an image I didn't know I had. It is one of Delma that I took in October of 2008. I thought I would post it here since it's a very auspicious date (or close enough anyway). It really sums up in one nano second the essence of Delma! 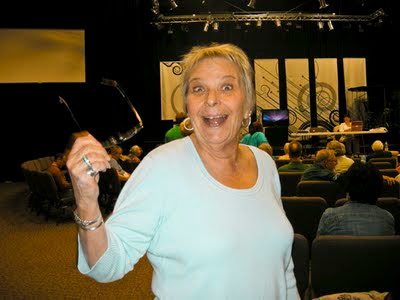 Delma, you are missed dearly, but the memory of you lives strong in many of us!
Posted by Paula Scott Molokai Girl Studio at 10:57 PM